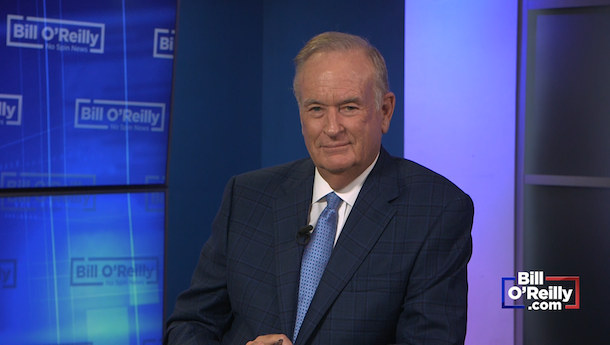 Many Americans, including this one, are perplexed by some disturbing opinions being put forth in this country.

Let’s start with a recent Gallup Poll that says 43 percent of Americans, including 52 percent of democrats, believe it was a mistake to send U.S. troops to Afghanistan after the 9/11 terror attack.

If you remember, the mass murder was enabled inside Afghanistan where Osama bin Laden and his outlaw al Qaeda militants were based.  The terrorists trained on Afghan soil and were protected by the Taliban government.
After the 9/11 murder, President George W. Bush demanded the Taliban arrest bin Laden and hand him over for prosecution under threat of U.S. and NATO invasion, which is exactly what happened after the Taliban refused to take action against al Qaeda.
Subsequently, Afghanistan has been an ongoing problem and fair-minded people can debate the policy there.  But to say troops should not have removed the criminal Taliban in the first place, is absolutely irresponsible.

If the USA did not avenge the al Qaeda attack, terrorism would have increased everywhere and President Bush would likely have been impeached.

And then there’s private property, which is protected from government seizure by the Constitution.  According to polling on Realclearpolitics.com, about 35 percent of democrats support the socialist proposals of either Bernie Sanders or Elizabeth Warren.  Both presidential candidates have made it clear they would impose a “wealth” tax on the assets of affluent Americans.  That is seizure of private property because those assets have already been subjected to tax.
Finally, there is now acceptance in liberal states like California and New York of abortion on demand up until birth, a practice some believe has Nazi-like implications.  This view is so extreme that Hillary Clinton and others running on the democrat side never could have endorsed it even three years ago.  Today, it is policy for many democrats including the aforementioned Sanders and Warren.
What has allowed the radical left agenda to flourish is a sweeping change in the national media.  Reacting with rank hatred to the Trump administration, the press has now mainstreamed far left thought.  No longer is a zealot like Elizabeth Warren an outlier.  Nope, she’s presidential timber in many media precincts.
The uninformed and/or apathetic American picks up on this.  No longer are politicians who deny due process or advocate Constitutional violations even challenged.  Now they stand on debate stages smiling at press moderators who have no problem with their radicalism and even, in the case of late-term abortion, embrace it.
But it is the attitude of many regular folks, not the media, that is most worrisome.  The ignorance and apathy being documented in national polling is frightening.  The United States was founded on the philosophy that life and private property is sacrosanct and that an attack on the country where thousands of citizens die, is an act of war.
Apparently millions of us don’t get that.
Or don’t want those principles anymore.
Either way, we had better take notice.
Posted by Bill O’Reilly
— Read on http://www.billoreilly.com/b/The-Ignorance-Factor/447281708370450266.html